Upcoming tournaments in 2014/2015 are listed below.  If you are interested in attending any of these tournaments or training sessions, please speak with Sensei Chris.  Casino funding is available for all ASK athletes!

Halloween Party – Sunday October 29 All ASK students are invited to attend a special Halloween Class on Sunday, October 29 from 1:00-2:30 pm at the… 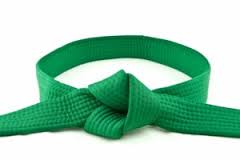 There will be a belt grading on Sunday, September 18 at the South Dojo.   Please bring your grading books and $25 cash or cheque made out to A. S….

Banzai Karate’s Chinook Park Dojo will be closed until further notice. During this time, all Chinook Park students are welcome to attend classes at the South Dojo…